CSG Foods continues to strive to be the market-leader and to become the benchmark for the industry standard. 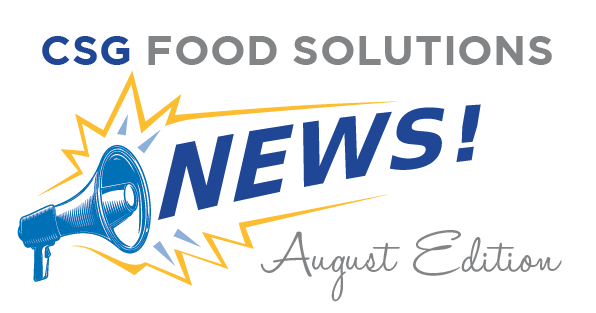 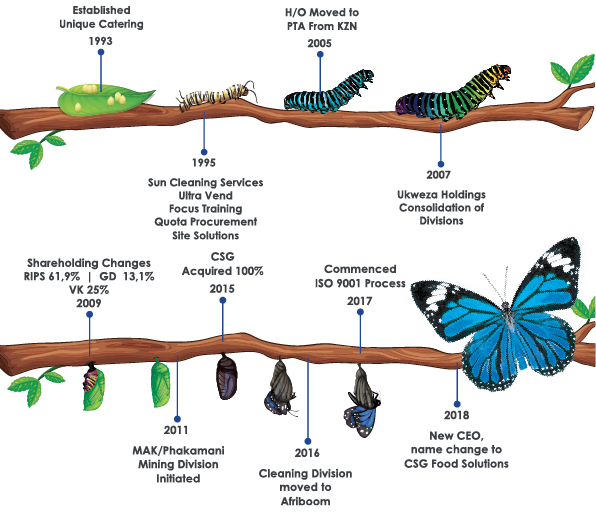 CSG FOODS IS IN THE PROCESS OF A NAME CHANGE!

In 1993 CSG Foods was registered as Unique Catering Services (Pty) Ltd and operated successfully under that name for 16 Years. With a change in shareholding in 2009 it was decided to change the Company name to CSG Foods due to registration and trade mark limitations on the name Unique.

There was a desire for a more local and ethnic name, and as a result a language Professor at the University of KZN was consulted and the name CSG Foods was chosen based on a Xhosa phrase – “To strive or achieve”. Many a debate has since been held about the authenticity of the Professor’s interpretation.

Later with the acquisition of all the shares from minority shareholders in CSG Foods by the CSG Group in October 2015 plans were put in place to build a multi-facetted Services Company offering a basket of outsourced services to the market place.

In order for the Group to create brand awareness it was decided to start moving our basket of services and numerous subsidiary names under one umbrella. We are therefore proud to introduce CSG Food Solutions as the catering and food related specialists in the CSG Group. The same great team, same commitment to service excellence just another name!

Niche caterers within Business & Industry, Health Care and Private Education. We are a perfectly formed catering specialist—small enough to care, yet big enough to matter and we absolutely love to make a difference.